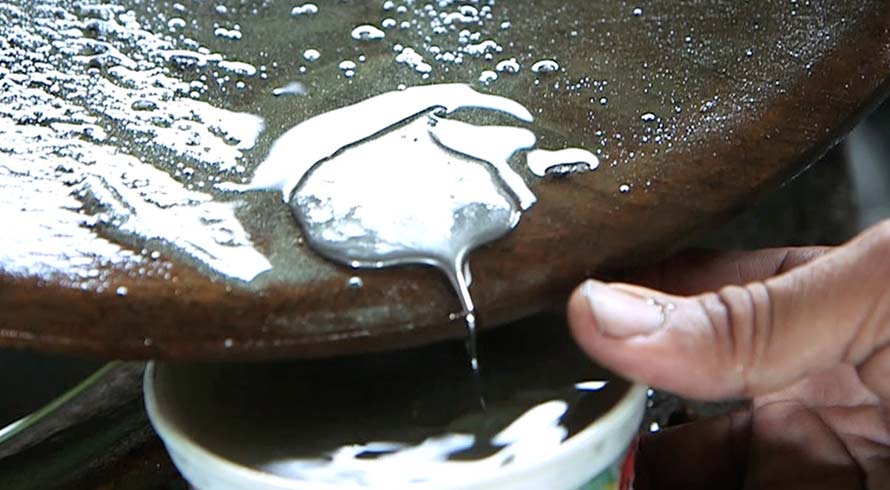 In mines, mercury is used to recover minute pieces of gold that is mixed in soil and sediments. Mercury and gold settle and combine together to form an amalgam. Gold is then extracted by vaporizing the mercury.

The artisanal small-scale gold mining (ASGM) sector exposes miners to toxic mercury when they use the chemical to extract gold from ore. However, with the right policies and market incentives, ASGM presents an opportunity to fight mercury use and contamination, protecting miners' health and the environment at the same time.

The Global Environment Facility (GEF) is looking to do just that through the Global Opportunities for Long-term Development (GOLD) program.

Mercury use in ASGM

Getting a hold of gold is not easy. About 15 million of small artisanal miners around the world risk their lives every day, not just because they work in dangerous conditions, but also because they are constantly exposed to toxic chemicals.

The vast majority of artisanal miners use mercury to extract gold from ore. While there are cleaner and safer alternative practices and technologies, artisanal miners often ignore the threats that mercury poses to human health and lack the capacity, funds, and incentives to adopt good mining practices.

The dangers of mercury

In mines, mercury is used to recover minute pieces of gold that is mixed in soil and sediments. Mercury and gold settle and combine together to form an amalgam. Gold is then extracted by vaporizing the mercury.

Although mercury is a naturally occurring element, it is highly toxic to humans, animals, and the environment when not handled properly. Prolonged and high exposure to mercury by inhalation damages the nervous, digestive, and immune systems. It can also contaminate bodies of water and subsequently fish and shellfish. When ingested, mercury can accumulate in living organisms, and cause serious damage to the nervous system after it reaches high levels. In humans, this has been referred to as Minamata disease, named after a city in Japan where it was first observed in humans and animals that ingested mercury-laden fish and shellfish caught in the Minamata Bay. The disease’s most notable symptoms are convulsions, loss of muscle coordination, and damage in vision, speech, and hearing. Pregnant women who are exposed to mercury are also susceptible to giving birth to babies with congenital diseases.

To help artisanal gold miners eliminate the use of mercury in gold mining, and reduce harmful risks to their health and the environment the GEF has recently approved the Global Opportunities for Long-term Development (GOLD) in the Artisanal Small Gold Mining Sector program, as part of the GEF’s work in the Chemicals and Waste Focal Area.

Through the GOLD program, the GEF will provide funds in countries with a sizable gold mining sector, and where many artisanal miners still rely on mercury for gold extraction. GEF funding to the GOLD initiative amounts to $45.2 million, and is expected to attract co-financing of more than $135.1 million from government budget, international financing institutions, and private companies.

With these funds, governments can support artisanal and small-scale enterprises by creating policies and market incentives, and connecting them to international markets and supply chains that favor gold which uses less or no mercury in its extraction. The program will build strong partnerships with the private sector, including major jewelers, electronic manufacturers, and gold refiners.

The importance of the Minamata Convention

The GOLD program is in line with the GEF’s role as financial mechanism of the Minamata Convention. In such capacity the GEF is helping countries to achieve the objectives agreed under the convention to address the effects and risks that mercury poses to human health and the environment. Among other things, the agreement aims to regulate and eliminate the use of mercury in artisanal mining.

planetGOLD project and the Mongolian Artisanal and Smal...

Set of trainings for artisanal miners organized in Bulg...

Conference of the Parties to the Minamata Convention on...

Kenya's Ministry of Energy and Petroleum has approved a...

It will maybe lead to the new Gold Rush!!!